The Temporal server and a language specific SDK, in this case the Java SDK, provide a comprehensive solution to the complexities which arise from modern application development. You can think of Temporal as a sort of "cure all" for the pains you experience as a developer when trying to build reliable applications. Temporal provides reliability primitives right out of the box, such as seamless and fault tolerant application state tracking, automatic retries, timeouts, databases to track application states, rollbacks due to process failures, and more.

In this tutorial you'll run your first Temporal Workflow application and forever change the way you approach application development.

Before starting this tutorial:

This tutorial uses a fully working template application which can be downloaded as a zip or converted to a new repository in your own Github account and cloned. Github's "Creating a Repository from a Template" guide will walk you through the steps.

To build the project, either open it with IntelliJ (the project will build automatically) or make sure you have Gradle installed and run the Gradle build command from the root of the project:

Once your project has finished building, you are ready to go.

This project template mimics a "money transfer" application that has a single Workflow function which orchestrates the execution of an Account object's withdraw() and deposit() methods, representing a transfer of money from one account to another. Temporal calls these particular methods Activity functions.

To run the application you will do the following:

The Workflow function is the application entry point. This is what our money transfer Workflow looks like:

When you "start" a Workflow you are basically telling the Temporal server, "track the state of the Workflow with this function signature". Workers will execute the Workflow code below, piece by piece, relaying the execution events and results back to the server.

There are two ways to start a Workflow with Temporal, either via the SDK or via the CLI. For this tutorial we used the SDK to start the Workflow, which is how most Workflows get started in a live environment. The call to the Temporal server can be done synchronously or asynchronously. Here we do it asynchronously, so you will see the program run, tell you the transaction is processing, and exit.

Run the InitiateMoneyTransfer class within IntelliJ or from the project root using the following command:

OK, now it's time to check out one of the really cool value propositions offered by Temporal: application state visibility. Visit the Temporal Web UI where you will see your Workflow listed.

Next, click the "Run Id" for your Workflow. Now we can see everything we want to know about the execution of the Workflow code we told the server to track, such as what parameter values it was given, timeout configurations, scheduled retries, number of attempts, stack traceable errors, and more.

It seems that our Workflow is "running", but why hasn't the Workflow and Activity code executed yet? Investigate by clicking on the Task Queue name to view active "Pollers" registered to handle these Tasks. The list will be empty. There are no Workers polling the Task Queue!

It's time to start the Worker. A Worker is responsible for executing pieces of Workflow and Activity code.

After The Worker executes code, it returns the results back to the Temporal server. Note that the Worker listens to the same Task Queue that the Workflow and Activity tasks are sent to. This is called "Task routing", and is a built-in mechanism for load balancing.

Task Queues are defined by a simple string name.

Run the TransferMoneyWorker class from IntelliJ, or run the following command from the project root in separate terminal: 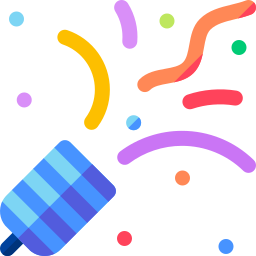 So, you've just got a taste of one of Temporal's amazing value propositions: visibility into the Workflow and the status of the Workers executing the code. Let's explore another key value proposition, maintaining the state of a Workflow, even in the face of failures. To demonstrate this we will simulate some failures for our Workflow. Make sure your Worker is stopped before proceeding.

Recover from a server crash​

Unlike many modern applications that require complex leader election processes and external databases to handle failure, Temporal automatically preserves the state of your Workflow even if the server is down. You can easily test this by following these steps (again, make sure your Worker is stopped so your Workflow doesn't finish):

Your Workflow is still there!

Recover from an Activity error​

Next let's simulate a bug in one of the Activity functions. Inside your project, open the AccountActivityImpl.java file and uncomment the line that throws an Exception in the deposit() method.

You can view more information about what is happening in the UI. Click on the RunId of the Workflow. You will see the pending Activity listed there with details such as its state, the number of times it has been attempted, and the next scheduled attempt.

Traditionally application developers are forced to implement timeout and retry logic within the business code itself. With Temporal, one of the key value propositions is that timeout configurations (Schedule-To-Start Timeout, Schedule-To-Close Timeout, Start-To-Close Timeout, and Heartbeat Timeout) and Retry Policies are specified in the Workflow code as Activity options. In our Workflow code you can see that we have specified a setStartToCloseTimeout for our Activities, and set a retry policy that tells the server to retry them up to 500 times. But we did that as an example for this tutorial, as Temporal automatically uses a default retry policy if one isn't specified!

So, your Workflow is running, but only the withdraw() Activity method succeeded. In any other application, the whole process would likely have to be abandoned and rolled back. So, here is the last value proposition of this tutorial: With Temporal, we can debug the issue while the Workflow is running! Pretend that you found a potential fix for the issue; Re-comment the Exception in the AccountActivityImpl.java file and save your changes. How can we possibly update Workflow code that is already halfway complete? With Temporal, it is actually very simple: just restart the Worker!

On the next scheduled attempt, the Worker will pick up right where the Workflow was failing and successfully execute the newly compiled deposit() Activity method, completing the Workflow. Basically, you have just fixed a bug "on the fly" with out losing the state of the Workflow. 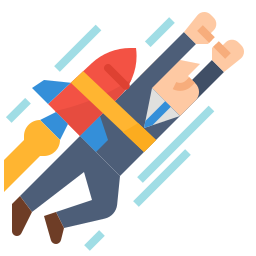 You now know how to run a Temporal Workflow and understand some of the key values Temporal offers.

Answer the following questions to see if you remember some of the more important concepts from this tutorial: